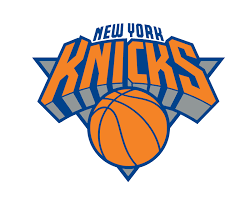 Back in February of 2017, there was an incident and alleged verbal confrontation between Charles Oakley (“Oakley”), a former player for the New York Knicks (“Knicks”), and the current owner of the Knicks, James Dolan (“Dolan”). This altercation ended with Dolan having the Madison Square Garden (“MSG”) security guards escort Oakley out of the arena. Following this incident, Oakley sued Dolan and the Madison Square Garden Company for assault and battery due to the alleged physical nature of how the security guards escorted Oakley out of the arena.

In response to the lawsuit, Dolan stated, “Oakley was drunk and looking for a fight …  He may have a problem with alcohol.” Oakley responded to this irreverent comment from the Knicks owner whereby Oakley affirmed that he was escorted out of the arena due to a long running feud between himself and Dolan, claimed he was not drunk, and that when the guards approached him, he pushed their hands away out of self-defense. The claim from Oakley and his legal team, Wigdor Law Firm, is that Oakley had fallen on the ground twice due to the guard’s physical nature of removing him from the arena.

As this quarrel has continued to take shape, MSG’s attorney Gibson Dunn and Crutcher’s Randy Mastro (“Mastro”) are now invoking sanctions against Wigdor presumably under Fed.R.Civ.P 11 which provides that when an attorney submits legal documents to court in civil litigation, he/she believes that the document is truthful, supported by the law, and is being submitted for an appropriate purpose. These sanctions against Wigdor are to point out that he has been pursuing “baseless” allegations claiming that “Oakley and his counsel have repeatedly made unsupportable legal arguments and asserted bald-faced lies that have no place in a federal courtroom.”  Mastro said some judges of the Southern District of New York have found that a baseless factual contention is worthy of “severe sanctions.”  In a November 8th ruling granting the defendants’ motion for summary judgement on the remaining claim from this civil procedure, U.S. District Judge Richard Sullivan of the Southern District of New York (“Sullivan”) said these claims are “blatantly contradicted.” Sullivan has left the public with this message: “At this stage of the proceedings, the case is no longer about words. It’s about evidence. And the disputed video evidence conclusively demonstrates that MSG’s security guards did not use excessive force as they escorted Oakley from the arena . . .  to the contrary, the video clearly shows that: the guards asked Oakley to leave; they gave him a chance to leave; and when he refused to leave, and in fact escalated the confrontation, they removed him from MSG by using a degree of force that was indisputably reasonable and appropriate under the circumstances.”

It will be noteworthy to see whether MSG’s attorneys will continue to pursue litigation of Wigdor under Rule 11 of Civil Procedure. Analogous to the case of Leventhal v. New Valley Corp., 148 F.R.D. 109, 113-14 (S.D.N.Y. 1993), Fed.R.Civ.P 11 had been applied and the outcome of this case was the appropriate sanctioning to award the opposing party’s attorneys’ fees and other expenses resulting from that pleading. Thus, if Dolan’s team is successful, the Wigdor Law Firm may be sanctioned under this rule.