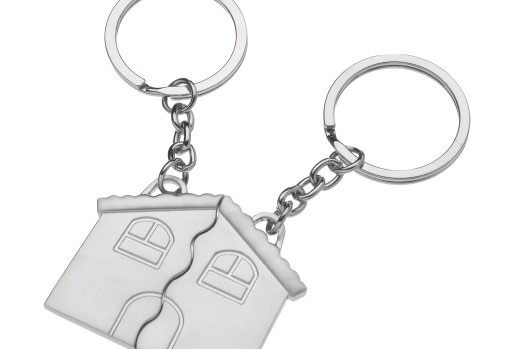 Suprises Always Abound in a Deal by Daniel Levinas, Esq.

I represent buyers of cooperative units a lot. It’s part of my everyday practice and a foundation of the work that I do. Recently, however, I closed a deal that was riddled with so many uncertainties from the get-go, that I feel compelled to write about it.

A cooperative unit (the “Unit”) was owned by a divorced couple and their daughter; however, the mother and daughter passed away years ago (at different times), resulting in the “Seller”, for contractual purposes, as (i) the Estate of Mom, (ii) the Estate of Daughter, and (iii) the now-elderly Dad. Already a rough start considering the clearance items needed in an “estate sale,” let alone a double estate sale. But this was just the start.

My client, the purchaser, signed the contract and tendered the 10% contract deposit to the Seller’s attorney. This is where things got interesting.

I immediately obtained a copy of the power of attorney used by Dad’s Agent and phoned my Eagle9 title provider to determine the validity of the Contract (an Eagle9 policy is a type of “title” insurance for cooperative unit purchases). As expected, because the Agent signed an affidavit of full force and effect attesting that Dad was alive when she signed the Contract on Dad’s behalf, technically, the Contract is valid. While there’s a timing issue as to whether the Agent, in fact, signed the Contract before Dad passed, proving otherwise is nearly impossible, and either way, the Contract would need to be amended prior to Closing to supplement the “Estate of Dad” for Dad – something that could not be achieved until Dad’s Will was probated and an Executor appointed by the Surrogate’s Court. So, we’re in Contract in what is already the hairiest deal of my year.

Meanwhile, my client locked his mortgage rate prior to Contract (without telling me), and the rate lock was set to expire with absolutely no extension options.

From a clearance perspective, the goal was to stay ahead of the pack. Although not my “job” as Purchaser’s counsel, I was able to touch base with the Cooperative’s counsel within a few days of receiving the Contract to obtain a list of documents needed from the Seller’s side to close. And considering the now three estates comprising the “Seller,” the list was exhaustive.

Not only would Dad’s Will need to be properly probated (something that generally takes 3-9 months depending on the County), all three Estates needed appropriate waivers of Federal and New York Estate taxes, indemnitees, affidavits of debts and domiciles, etc. I won’t bore you with the details.

Did I also mention that the Executor of the Estate of Mom is an elderly person who resides in Florida, refused to come to the Closing, and has no email, facsimile, smart phone, or other means of technology?

Did I also mention that the relationship between the Estates is overwhelmingly acrimonious, so much so, that they could not be in the same room with one another without incessantly bickering?

Remarkably, Dad’s Estate was fully probated in merely three weeks. A miracle by all accounts and a huge kudos to counsel for the Estate of Dad for making that happen. But this only solved one problem. There were still the Cooperative’s and the title company’s document requirements, and the not-so-little issue of the Florida executor who was practically unreachable.

To protect my client, I served the Seller a time of essence letter mandating that we close at noon on Monday in November (the “Closing”) – the day my client’s mortgage rate lock was set to expire.

As we approached the Closing, things started to fall into place, with documents trickling in, albeit slowly. This remained true with respect to everyone except the Executor of the Estate of Mom, the isolated and inaccessible Florida resident.

Two days before the Closing (a Friday), I was told that a package of Closing documents (the “Package”) pre-signed by the Executor of Mom (the Floridian) was overnighted from Florida to New York City to her attorney’s office. Candidly, I had doubt that the Package would arrive on time and even if it did, that the documents therein would be properly executed. Perhaps it’s the pessimistic lawyer in me, but this was the first time in my career that I told a client to pray, as without the Package, there would be no Closing, no rate extension, and no deal.

I wish this is where the saga ended.

While USPS attempted to deliver the Package to the Floridan’s attorney’s office a day prior to the Closing, delivery failed because no one was there to claim the Package. No, I’m not kidding. The Package was now somewhere in New York City scheduled to be delivered on the “next business day,” i.e., sometime on the day of Closing.

Naturally, the Package was not delivered in time for the 12PM Closing. Murphy’s Law. And we sat there, at the Closing, for two hours hoping it would arrive. It didn’t. The tension in the room was palpable, and the blank stare from the Floridian’s counsel all but confirmed the deal was dead.

Out of pure coincidence, my client’s real estate broker and personal friend mentioned to me that she was in Florida visiting her parents. In a last-ditch effort to save the deal, I called broker at the Closing table requesting that she locate a mobile notary, drive to the Floridan Executor’s house with documents to sign, WhatsApp message me the documents while I was at the Closing, and overnight FedEx them to the transfer agent’s office.

A stretch? Absolutely. But three hours later, despite all of the above, we managed to pull it off. I am pleased to say that the deal closed, and my client walked away happy (maybe more shocked) as can be.

What can I say? The world wanted this deal to close and fortunately surrounded my client with a team willing to go above and beyond to make it happen. A huge shoutout to the broker who was (luckily) in the right place at the right time and willing to take that extra step to protect our client.

Who you work with matters. Nothing more need be said.

This article was written by Daniel Levinas, partner of Moulinos & Associates LLC, and counsel to various purchasers and sellers of residential and commercial real estate in New York City.